In this additional post by Noree Cosper (who is visiting the Demimonde blog to share her newest release A PRESCRIPTION FOR DELIRIUM :VAN HELSING ORGANIZATION #1 today) we are going to hear about one of my favorite villains of vampire folklore. Enjoy! 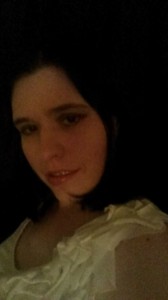 Bram Stoker used several figures in history as inspiration for his Dracula. One of them was Elizabeth Bathory. She was a Hungarian (some say Slavic) countess who tortured and murders numerous young women. Because of this she is considered one of the “true” vampires in history.

She was born to George and Anna Bathory in 1560 and raised on the family estate At Ecsed in Transylvania. She married Count Ferenc Nadasdy when she was 15 and moved to his Castle Sarvar. Her husband was a soldier and was away for long periods of time, leaving Elizabeth to run the Castle. This is where her atrocities started, with the punishing of the servant girls.

This wasn’t just a whipping like others of her time. No, Elizabeth devised especially creative ways to hurt young women and took great pleasure from it. She would stick pins under body parts, such as underneath their fingernails. In the winter she would have them stripped naked, led out into the snow, and doused with water until they were frozen. Sometimes her husband even joined in, helping devise new forms of torture. That is until he died.

After his death she found new cohorts in Anna Darvuilia and Erzsi Majorova. Majorova turned out to be Bathory’s downfall, as it was her idea to include women of noble birth when Bathory started to run out of serving girls. You see, word had spread and Bathory was having a hard time hiring new victims, er “help”.

Around 1610, an inquiry began due to rumors of the atrocities Bathory had committed. This was actually for political reasons. The crown wanted to confiscate her land holding and escape paying a large debt they’d owned her husband. In 1611, Bathory was placed on trial. A register was found in her living quarters that had the names of over 650 victims. Her accomplices were executed and Bathory was imprisoned in her castle for the rest of her life. That turned out to be only three years later when she died December, 1614.

Most of this was sealed by public officials as her activities could be described as scandalous at best. I mean, how did this make the rest of the Hungarian nobility look? However, that did not stop word from spreading. The stories that started were enough to keep small children up at night. Supposedly, a servant was brushing Bathory’s hair and tugged to hard. Bathory hit her hard enough to splash blood on her hand. The Countess believed that it made her skin look younger. So, she began to bathe in the blood of young girls to keep her youthful appearance. You can see how many, Stoker included, would think she was a vampire. Be careful ladies, Countess Bathory may steal you away in the night and use your lifeblood to keep herself young. Of course you can always turn to the descendant of Abraham Van Helsing in A Prescription for Delirium.  They’re all too happy to take care of that vampire problem for you.
Posted by Ash Krafton | @ashkrafton at 5:58 AM