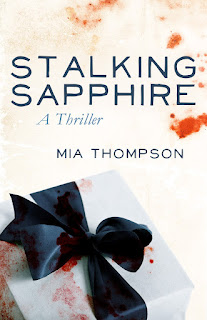 Today, I'm visited by author Mia Thompson, one of my fellow writers at the Prose Cons blog. She's getting ready to release the latest title in her Stalking Sapphire series. I had the pleasure of getting to know her better and I think you're going to love her, too.

Welcome, Mia! Tell us about your series, Stalking Sapphire, and the latest installment, Sentencing Sapphire.

Mia: The series is about Sapphire Dubois, a Beverly Hills heiress/vigilante who secretly captures serial killers. Stalking Sapphire, the first book, picks up right before an inciting incident catapults Sapphire’s life into an irreversible change. Essentially, the books are about the two lives she leads and what happens when the wall she has put up between them starts to crack.

We both write New Adult fiction. Recently, we chatted about my thoughts on the genre…let's talk about your view. What draws you to the audience and why do you write NA?


Mia: I love the boldness of NA. I don’t like to walk on egg shells when I write and, to me, New Adult is a genre that is meant to push boundaries. The readers, usually in their twenties, are now free of parental supervision and are pushing and breaking boundaries to figure out who they want to be. Writing for them feels natural for the way I write.

The ages-old question is "what came first: chicken or the egg?" Let's twist it and ask: what comes first, the story or the genre? Did you set out to write NA stories or did you develop your idea first then decide the best audience for it?

Mia: The story came first. I think I was twenty-three when I started it, so it felt more organic to build everything around a MC in her early twenties. Once I was writing it, and started researching books similar to it, I realized how few there were. New Adult had barely been coined back then, so I didn’t even know what my book was until my agent told me. 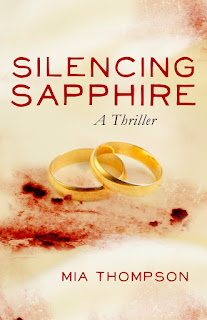 You were born in Sweden which automatically makes you cooler than me. Just so I can vicariously live through you, let's pretend I'm visiting Sweden and you are my travel agent. Tell me about your favorite must-see location, your favorite Swedish dish, and an activity I couldn't do better anywhere else.

Mia: Ha! I’d send you to Helsingborg, the harbor town I grew up in. It’s about 1000 years old, and only a twenty minute ferry ride away from Denmark. People often don’t even get off the ferry; they stay to eat good food and drink pilsner as the boat goes back and forth between Sweden and Denmark. It’s a phenomenon we call “Tura” and it’s a Must-Do in Helsingborg.

I’d send you there in August, just in time for the crawfish fest. Basically, we put on funny hats and eat crawfish that’s been resting in cold dill brine—delish. Every two minutes or so, someone will raise their schnapps and start singing a drinking song, at the end of which everyone around the table must empty their glasses. By the end, you’ll be full and drunk as a skunk.

I think I'd really like that--it's been a long time I went on a crawfish binge. Never had them in a dill brine, though... dill is one of my favorite scents so I know I'd love it. Think I'll be Goodling a recipe later on today...

Do you have a hero author? If you could spend a day with them doing anything you wanted, who would it be and what would you do? One caveat: you only have 100k to spend (so save it for bail money if necessary).

Mia: It’s a tough choice, I have several hero authors, but I have to pick Marian Keyes; I’ve devoured her books since I was a teen.

It would be a simple Talk & Tea session in her chic kitchen—I imagine her having a very chic kitchen—while we enjoyed some biscuits. However, five hours later, three of which she had spent asking me to leave because two hours is quite enough, I’d be hauled out the door by the police and charged with “Excessive and Invasive Brain Picking.” In which case the money would, indeed, become useful for both bail and upcoming fines.

Well, that's only if she doesn't drop the charges. And, who knows, it might make for a good story after the restraining order is lifted... 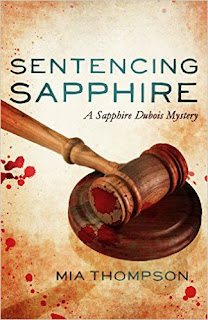 Has anyone ever asked you if your stories are based on your own life? (I get asked that all the time, even though I write about vampires, werewolves, and other mostly-improbable creatures.) How do you answer them?

That would be awesome on a t-shirt :) Time to fire up PhotoShop!

I'd be a happy typer if being a writer meant 100% of my time went to, well, writing. (No such luck.) Do you have a tip for writer time management?

Mia: The bad news: Besides from prioritizing, I have nothing. The good news: I’m currently building a machine that freezes time for everyone but writers. As soon as I can get the cardulator, the dinklehopper, and other made up words to work, we’ll all get the writing time we need. Hell, we may even get to have a life!

I have a wild imagination, but even I have a hard time believing that "have a life" nonsense. This is all we get: writing, reading, and hanging out with other writers online as we muck on through. Where can we stalk find you online?

You can also find me at wattpad.com/user/authormiathompson where I’m currently running the book clubs for both Stalking Sapphire and, the second book, Silencing Sapphire. 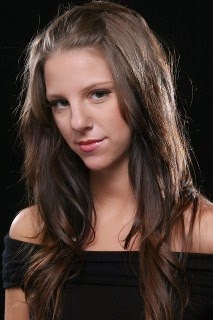 About The Author
Mia Thompson is a Swedish-born author living in Sacramento, California. Her international bestsellers, Stalking Sapphire and Silencing Sapphire, were published in 2013, and followed by the third book in the series, Sentencing Sapphire. Mia is currently working on completing the series’ last two installments, due out through Diversion Books in 2016 and 2017.
Posted by Ash Krafton | @ashkrafton at 8:52 AM