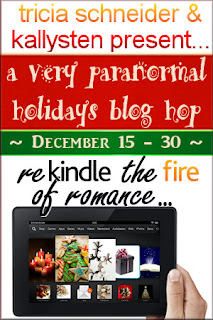 So glad to join my good friend Tricia Schneider in another great paranormal blog hop!

Authors Kallysten and Tricia Schneider organized this Very Paranormal Holidays Blog Hop to share their love for paranormal romance, help you discover new authors, win books, prizes... and maybe a brand new Kindle Fire! Be sure to fill out the entry form at the end of this post... and good luck!

This holiday I am especially excited--I'll be unveiling the cover of the latest Demimonde book WOLF'S BANE in a few days. This cover is rockin' and well it should, since one of the Weres is pretty rockin' himself. (I can't keep the grin off my face just mentioning him.) Hope you'll join me on Dec. 20th when we unveil the cover...

Until then, I'll keep busy re-watching episodes of NBC's Dracula. Although the title character is the guy to watch (JRM is a favorite actor of mine, even when he portrays awful men), I find the most compelling character in the series to be Renfield. 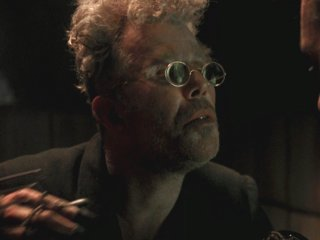 I've come across a lot of Renfields in my time. Remember the creepy bug eater from Gary Oldman's version? YECK. Just--yeck.

Much more amusing was Xander's unwilling assumption of the role in the Buffy TVS episode. (Season 5 Episode 1) Xander was pretty much an awesome Renfield and, until this year, had held the coveted place of honor as BEST RENFIELD EVER.

But, alas. Xander has been dislodged from his lofty perch by the newest Renfield, because this particular incarnation is simply perfection.

Unlike Dracula's previous day walkers, the new Renfield is noble, devoted, and completely loyal to Dracula... by choice. Recently, I watched the episode of Renfield's origin story and found out there was even more reason to adore the guy. 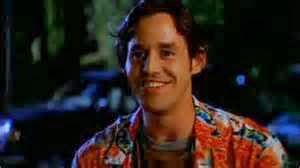 Remember how Xander tried to fight the vampire's compulsion? Hysterical, really. But our new day walker isn't bespelled--he chooses to serve, because Dracula saved him from a fatal beating. Rennie's fealty was born out of gratitude. 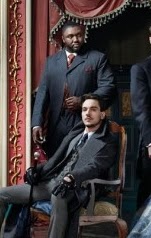 See, Rennie was a lawyer--a cunning and shrewd man who can size up the chess board and spot the strongest piece. Small wonder he speaks up and provides key financial information that would benefit Alexander Grayson (Dracula's human alias)-- he could tell the strongest player was Mr. Grayson, and took a chance to align himself with him.

It earned him a solid clubbing from the men trying to foil Grayson. Broken, bleeding, and staring down a bullet, Renfield watched Grayson massacre every last man in the room. Dracula took Rennie to safety, thus earning his gratitude and unfaltering loyalty forever.

That was the element that had kept me from truly resonating with the Renfield character all these years--free will. I'm not big on slavery and I really don't like the idea of being forced to do something that I don't want. There was always an element of coercion involved in the character, until now. 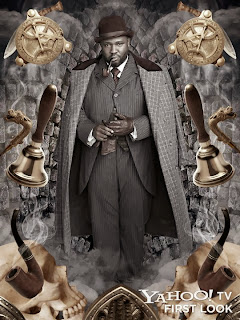 And I think it adds a definite spin on Dracula's character, as well. He didn't force Renfield's hand, or his mind, or his spirit. He earned Renfield's service. Makes Dracula all the more compelling, I think. He is bewitching through his actions, his cunning, and his persuasion--not through a magic force that humans can't ignore. (Plus, he's got those JRM eyes. Never hurts.)

What about you--are you a fan of Dracula? What do you think about his day walker, Renfield?

Comment to win... just fill out the Rafflecopter form to enter a gift card and ebook giveaway!


AND DON'T FORGET
to enter the big giveaway!