Holy hot as Hades! Max is back and she’s SMITTEN BY DEATH! #AuthorSpotlight @SharonSaracino 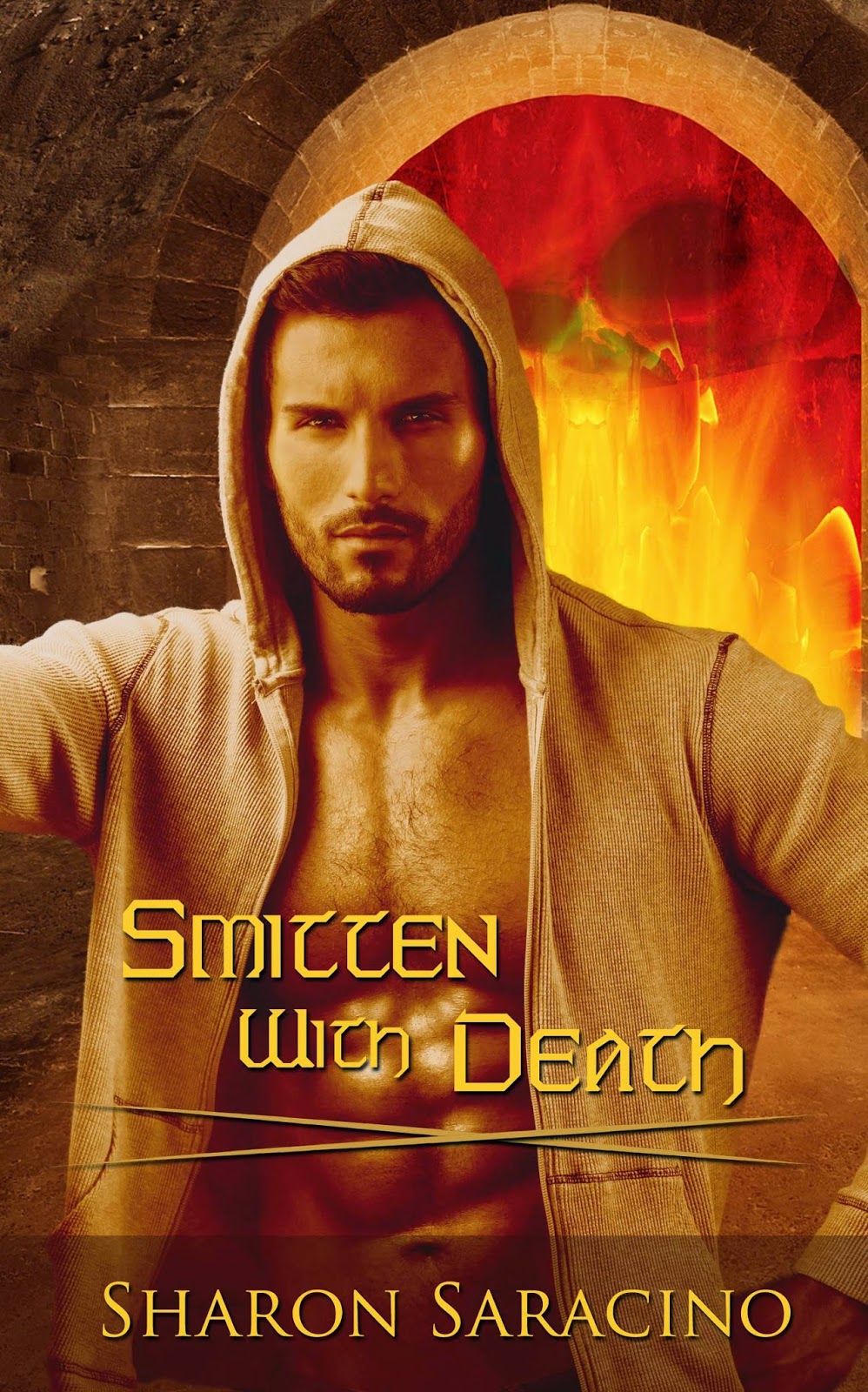 A year after the death of her ex-husband and boyfriend, Roger-the-Proctologist, Max has accepted the loss and moved on. Well, at least she’s tried, but a dating pool consisting mostly of weekend golfers in plaid polyester has left her unenthusiastic about her prospects. When Morgan Kane, the sexy Hellhound Grim Reaper, suddenly reappears seeking her assistance to rescue the bumbling teenage Zombie King from Cerberus' filthy paws, Max realizes that maybe she was holding out for snug denim all along. But a trip to Hell during Vegas Week, with Lucifer masquerading as a tone-deaf Wayne Newton and Kane’s psychotic mother as Satan’s Showgirl Bride, isn’t exactly her idea of the perfect date. In Hell, everything has a price, and though Max discovers she’s already paid dearly, if she and Kane are to succeed, another sacrifice is required. Will Max finally get her happily-ever-after or will she lose the man she loves to the Sweet Hereafter? Again. 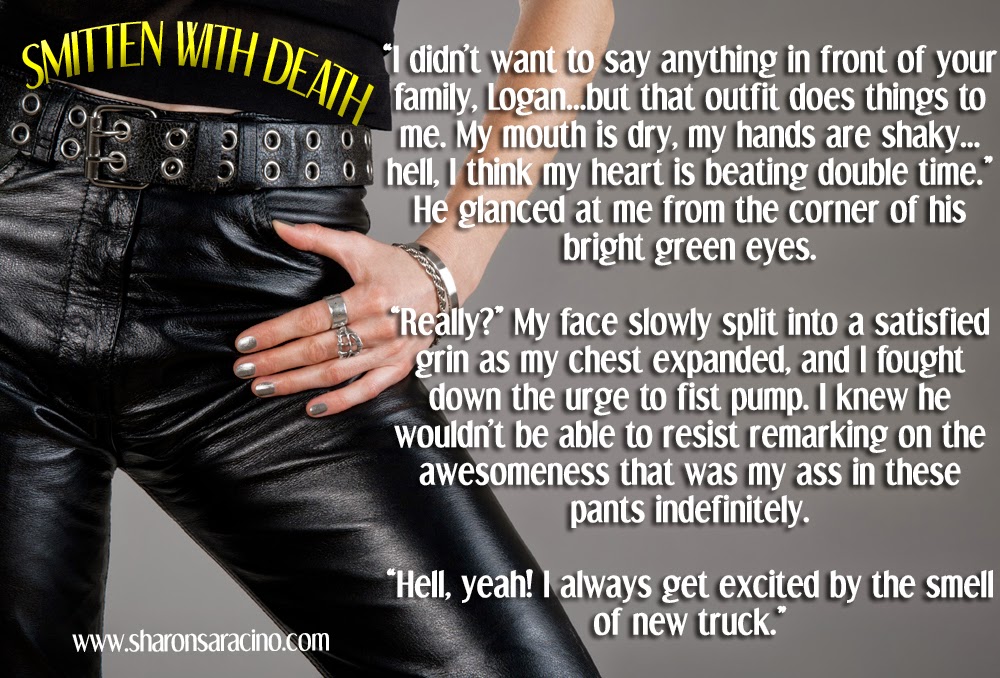 “Reaper, I need a favor,” I choked out and cleared my throat.
“Sure, Logan.” His gaze came back to rest on my face. “What can I do for you?”
“Um, kiss me?” I squeaked as my face heated with the fire of a thousand desert suns.
“Huh?” Judging by the expression on his face, whatever favor Morgan Kane had been anticipating, locking lips with the crazy woman hadn’t even made his list.
“Look,” I whispered in a rush after glancing back to confirm Denise had almost gotten the invading hoard under control. “My sister is determined to hook me up. The minute she sees you, she will devote the remainder of the morning to cute and embarrassing stories designed to impress you with my charm and delightfulness. Trust me, you’ll want to stab knitting
needles in your eyes after about ten minutes.”
“Oh, I don’t know, Logan.” He had the temerity to smirk while crossing his arms over his chest. His broad, muscular chest. “I think I might enjoy the cute and embarrassing stories. And I already think you’re charming and delightful.”
My eyes widened in shock, and my mouth fell open yet again. “You do?”
“Logan? You digress.” He snapped my pie hole shut as he had before. But this time he didn’t remove his hand. Instead, he stroked his forefinger lightly along my jaw, sending my pulse into a gallop to rival the Clydesdales pulling a beer wagon away from a crowd of alcoholic zombies.
“I do? Oh yeah. I do. So, anyway I thought if we gave her the impression we already had something going, well maybe it would divert her attention away from my relationship status for the day.”
“I see,” he murmured as he slipped his hand along the side of my neck and curled his fingers around my nape. Suddenly my knees buckled. I must have twisted my ankle more seriously than I thought. Fortunately, Morgan Kane caught me around the waist before I hit the ground and pulled me hard against him. I absently wondered if it would be considered rude to toss a breath
mint in my mouth. Then it occurred to me I didn’t have any. Oh well, moot point. His soft chuckle skittered along my skin like a physical caress. I swallowed hard. I tipped my head back, licked my lips enticingly, and closed my eyes, resigned and ready to make this sacrifice in an effort to thwart my sister and her underhanded plans. Kane chuckled again and then
gently swept his lips over mine.
Except for Roger and that one tequila-induced episode of poor judgment right after senior prom, I
didn’t have a whole lot of experience with men. I know, I know. Up until now, I’ve sucked you into that whole sophisticated woman-about-town façade I
wear so well, but really, it’s true. Morgan Kane, on the other hand, apparently knew
his way around this town and most of the continental United States. The ground tilted, the sun spun backwards, and I had difficulty remembering my own name when Morgan Kane finally lifted his lips from mine. Would I never learn my impulsivity always
comes back to bite me in the ass?
I coughed loudly, attempted to gather my wits, and looked around to gauge my sister’s reaction. Denise, et al, was nowhere to be seen. The whole crew had apparently hustled past our lip-lock and continued into the house completely unnoticed. At least, by me.
Kane’s wicked grin said he was well aware of the effect he’d had on me, and it was precisely the one he’d intended.
Wucking fonderful. 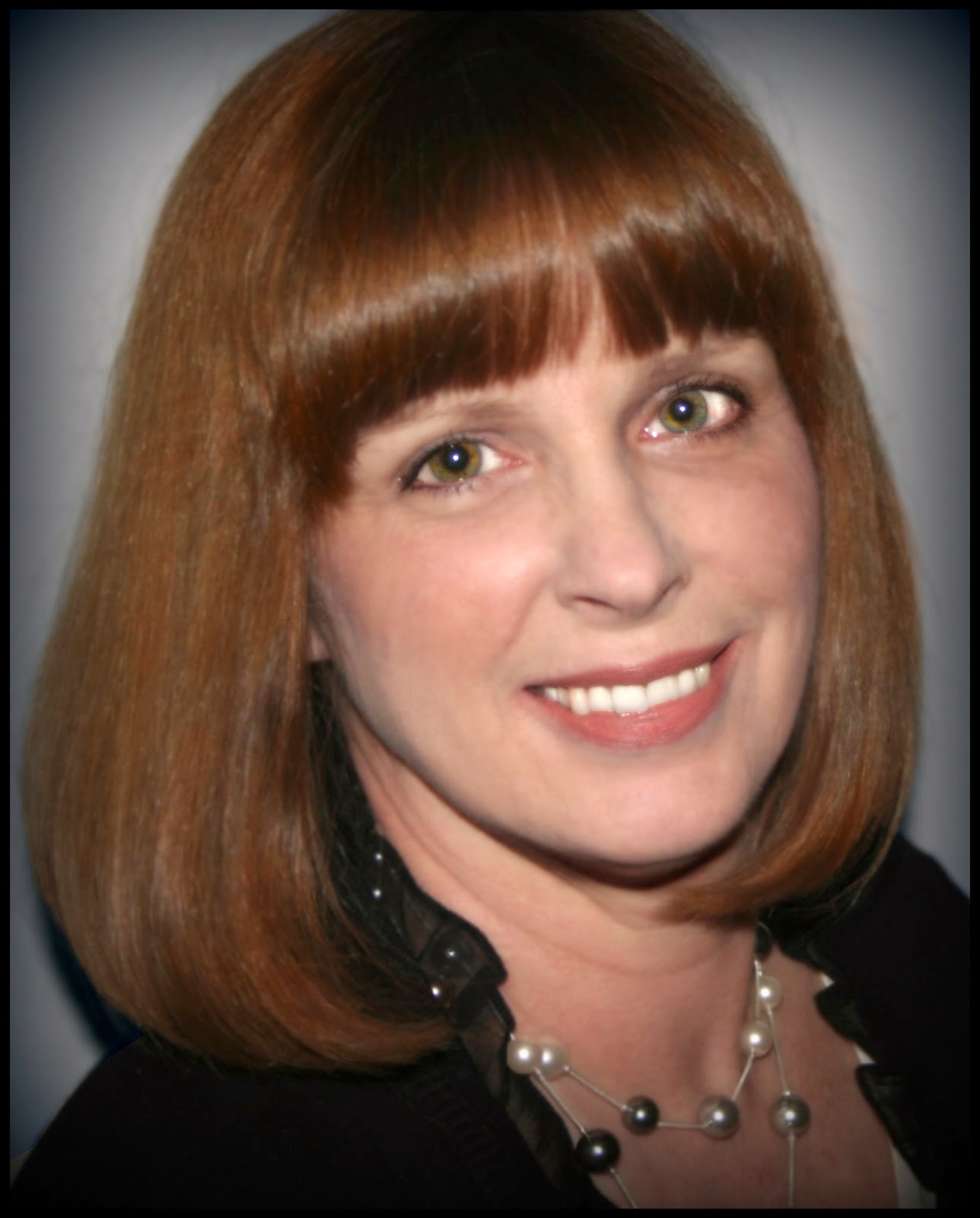 Sharon Saracino is a paranormal and fantasy author who resides in the anthracite coal country of Pennsylvania with her long suffering husband, funny and talented son, and two insane dogs. She is the author of the Max Logan series and the Earthbound series with The Wild Rose Press. When she is not reading, writing, or enjoying photography and genealogy, she brews limoncello, dreams of living in Italy and works as a Certified Registered Rehabilitation Nurse.
WEBSITE   FACEBOOK   GOODREADS   TWITTER