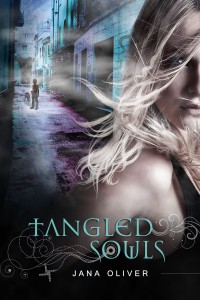 Wiccan Gavenia Kingsgrave’s psychic gift, the ability to talk to the dead, comes with strings attached. As a Shepherd, she escorts them into the hereafter, but not all the souls want to cross over, and some can be downright vicious. When her latest case involves a heart-breaking hit-and-run victim, Gavenia is stressed to the max. The last thing she needs is a no-nonsense private detective on her tail, even if he is a handsome Irishman.
Former homicide detective Douglas O’Fallon possesses his own psychic gift, one he’s denied for years. Hired by a wealthy client to prove that Gavenia’s a con artist, he is skeptical of the witch’s claims she can speak to the dead. If he finds her gift is genuine, then he will be forced to accept his own. When their two cases intersect, opposites attract. But will they be able to set their differences aside long enough to outwit their foes – both the living and the dead? 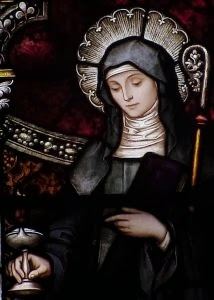 When I was writing Tangled Souls, I was delighted to find that Irish mythology easily wove itself throughout the story. In many ways that wasn’t surprising as my hero (Douglas O’Fallon) is Irish, and the heroine (Gavenia Kingsgrave) has both Celtic and pagan roots.
Though there isn’t much O’Fallon and Gavenia have in common, which makes their story that much more compelling, they share a love of a saint and goddess. To pagans, Brigit is the goddess of fire, childbirth, healing, poetry, divination and smith craft. Quite a busy lady.


Her name has taken on many spelling variations (Brigid, Briggidda, Brigantias, Bride, Brighid) and she is still worshipped on Imbolc (February 1st) by pagans worldwide. The Brigit’s cross, perhaps patterned after the pagan sun wheel (see photo by Culnacreann), is still found in homes today. 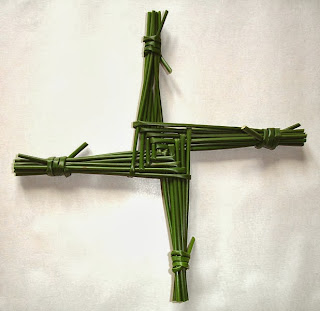 As Ireland adopted Christianity, Brigit’s “flame” crossed into the Roman Catholic faith as Brigid of Kildare who became one of the country’s patron saints. Her feast day is also February 1st (Christianity often “borrowed” pagan holy days) and visitors still make a pilgrimage to her holy well. Though it is difficult to determine Brigid’s exact family history, she continues to serve as a light to those in both the pagan and Catholic traditions. In fact, the Solas Bhríde Centre and Hermitage in Dublin welcomes people from all faith traditions to continue Brigit/St. Brigid’s calling.
I find it refreshing that the starting point for Gavenia and O’Fallon’s love is an ancient goddess and a beloved saint who is still cherished today.
﻿

Jana Oliver has the perfect job—she listens to the voices in her head and then writes their stories. Her latest creation, BRIAR ROSE, is a dark steampunk retelling of Sleeping Beauty, complete with Hoodoo, a vengeful Civil War ghost, and metal magic (Sept. 2013 Macmillan Children’s Books). In Jana’s young adult DEMON TRAPPERS Series, Riley Blackthorne, Atlanta’s first girl Demon Trapper, takes on a host of Hellspawn and their diabolical masters. This award-winning series has spread across the globe, with editions in ten countries. Jana’s foray into time travel and alternate history resulted in the Time Rovers Series. Set in 1888 London, the series deftly blends time travel, shape-shifters and Jack the Ripper. The trilogy received twelve awards, including the Prism Award for Time Travel and the Daphne du Maurier Award for Excellence in Mystery and Suspense. When she’s not daydreaming, she can be found savoring a growing collection of single malt scotch and old books. Visitors are always welcome at her website: www.JanaOliver.com