Last year, we took a family vacation to Gettysburg, PA. Lucky for me I have children who are interested in history and educational trips so going to Gettysburg was a no-brainer. (My teen daughter and her dad are also huge fans of Abraham Lincoln: Vampire Hunter so, for them, it was a fan event.)

Although we planned all our activities around historical touring, I had a persistent ulterior motive: ghost hunting.

Do you know how hard it was for me to pass them up? Wednesday is my favorite day of the week because it's a Ghost Hunters marathon on Syfy. I LOVE scaring myself. My family, on the other hand, aren't so much into ghost hunting. I really had to bite my tongue and soldier on through a week of no ghost hunting in one of the most haunted towns in the country. 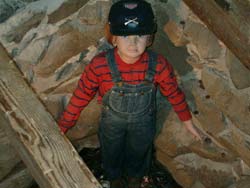 The museum was neat. It had a life-sized scene of soldiers with cannons at the beginning and then went on to display artifacts, detailed dioramas, and a huge
She declared she had a headache when we first walked in. Then, as we progressed through the tour, she developed a stomach ache. Her maladies progressed to the point where, by the end of the tour, my husband carried her: she was completely flopped over his shoulder. At twelve, she was already long and lanky and her arms and legs just hung, listless. She was a total wreck. 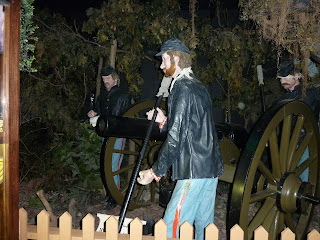 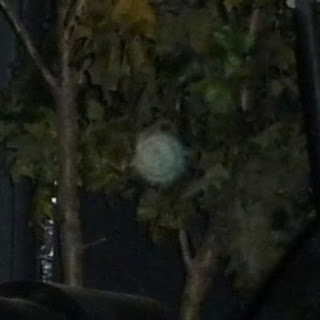 Do you have a ghost story and maybe even a photo to share? I'd love to hear your tales!

The giveaway is a two-part deal. Fill out the Rafflecopter form to enter a drawing.

Then, if you love ghost hunting as much as I do, leave a comment with your tale. Anyone who leaves a haunting in a comment will be entered to win a special prize: a skeleton to celebrate Dia de los Muertos. I picked up this fella in the Mexican Pavilion of Epcot Center on my trip to Disney last week. To qualify for the calaca giveaway, you need to also need to fill out the Rafflecopter form.

Have fun, good luck, and thanks for ghost hunting with me. To go back to the main list of Coffin Hoppers, go here.