Fighting demons is dirty work but someone has to do it. Sometimes, you win. Sometimes, the demons fight back...and every once in a while, the demon wins.

That's because that particular demon is all your very own. 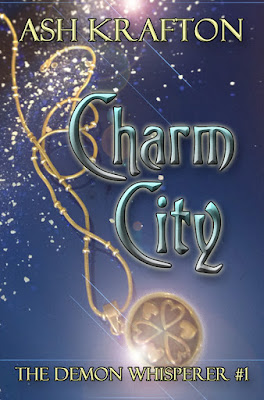 Kindle | Nook | Apple iBooks | Google Play Books | Paperback﻿
The darkness is rising and one man stands against it: the exorcist mage Simon Alliant. But in Baltimore, he finally meets his match...a part-mortal divinity with the power to whisper away demons. 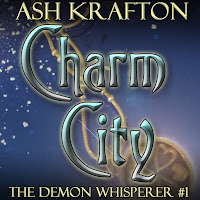 Murder the Light
The Demon Whisperer #2 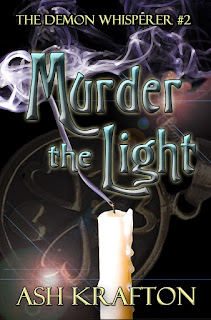 Simon Alliant will find his abducted partner, come Hell or high heels. He just doesn't realize he's in for a bit of both...
​
Hell hath no fury like a woman scorned-especially the woman scorned by the King of Hell himself.

Chiara has been abducted by her own mother: an Enochian defector who has taken up arms against the Light. Luminea will use Chiara to ensure the future of her empire and to burn away her painful past with the man who'd stolen everything from her, so long ago.

Unknowingly, that's exactly the guy to who Simon turns for help. He makes the ultimate deal with Chiara's father to get her back...but he'll have the Devil to pay.

MURDER THE LIGHT
(The Demon Whisperer #2)
Read it now! 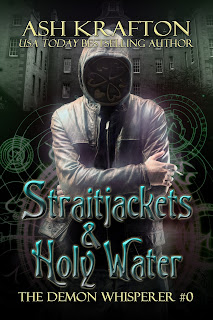 Teenagers make mistakes, but those mistakes rarely involve magic—and they should never result in murder...
Eighteen-year-old mage wanna-be Simon Alliant thought his problems would be over when he used a spell to rid the world of his long-time bully. He figured one little demonic scare and Ritchie would back off. He didn’t think the demon would actually kill him. Or steal an innocent child as payment. But the price keeps climbing. This time, the price is what he treasures most in the world—his mother.
Not only is her mind being shredded by the horror of what she’d witnessed, the demon has marked her and will soon take her, as well. His faith in God stumbling, Simon finds an unexpected source of support: the mysterious owner of a New Age shop who offers him the magic training he so desperately seeks.
But time is running out. The evil grip on his mom grows stronger each day. Will Simon learn enough magical craft to stop the demon before it claims his mother’s life? Or will she become another victim of Simon’s greatest mistake?
Feeling like Hellblazer’s John Constantine unleashed a demonic possession on a John Green novel, STRAITJACKETS & HOLY WATER is the prequel to The Demon Whisperer series.

EXCLUSIVELY AVAILABLE through the upcoming RITE TO REIGN urban fantasy boxed set. Preorder today an see what gifts you'll get with your purchase today!
Visit www.ritetoreign.com for details 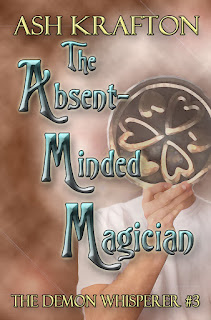 THE ABSENT-MINDED MAGICIAN
(The Demon Whisperer #3) 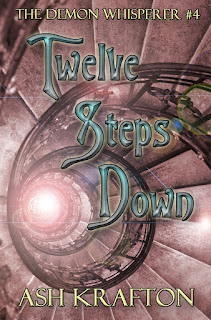 TWELVE STEPS DOWN
(The Demon Whisperer #4)